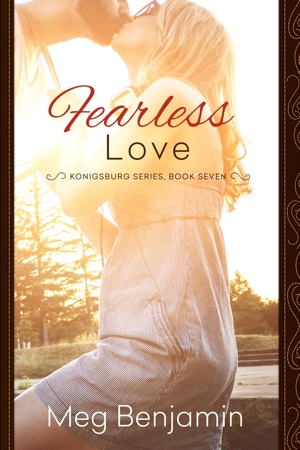 MG Carmody never figured her musical dreams would crash against the reality of Nashville. Now the only thing she has going for her is her late grandfather’s chicken farm, which comes with molting hens that won’t lay, one irascible rooster, and a huge mortgage held by a ruthless opponent-her Great Aunt Nedda. With fewer eggs to sell, MG needs extra money, fast. Even if it means carving out time for a job as a prep cook at The Rose-and resisting her attraction to its sexy head chef. Joe LeBlanc has problems of his own. He’s got a kitchen full of temperamental cooks-one of whom is a sneak thief-a demanding cooking competition to prepare for, and an attraction to MG that could easily boil over into something tasty. If he could figure out the cause of the shy beauty’s lack of self-confidence. In Joe’s arms, MG’s heart begins to find its voice. But between kitchen thieves, performance anxiety, saucy saboteurs, greedy relatives, and one very pissed-off rooster, the chances of them ever making sweet music are looking slimmer by the day.

He stood in the middle of her kitchen floor, watching her, the unopened bottle dangling from his fingers. “On second thought, I don’t really want a beer.” She blinked.

“I don’t want tea right now either. Or the chickens. Or the sunset, nice though it probably is.” He paused, watching her. “I mean, I came here to take you out to dinner, but on second thought, I don’t think I can wait that long after all.”

Her shoulders suddenly felt tight and there was an twinge in her belly. “Wait that long for what?”

The word seemed to drop into the silence of her kitchen. He put the beer bottle back on the kitchen table, dropping his hands to his sides.

Her shoulders ached. She took a step toward him, then stopped. What the crap do I do now? “Oh.”

He frowned slightly. “Of course, you can say no if you want to. If I misread whatever this is between us, I’ll head off home. No harm, no foul.” He watched her again, blue eyes dark in the late afternoon sunshine.

She took a few more steps back across the suddenly broad expanse of her kitchen. She was almost next to him now. Would it look too eager if she took the last few steps at a trot?

He grinned again, his lips spreading slowly. “Glad to hear that. I didn’t want to leave.”

MG’s brain seemed to have gone on vacation. Have I ever made love with a man who had a beard before? Right off hand, she couldn’t think of anybody. And the list wasn’t all that long to begin with.

She stood looking up at him, then placed a tentative hand on his chest. “You realize I’ve got a really crappy bed. It’s one Great-Aunt Nedda left behind.”

His grin delved a dimple in one cheek. “Trust me, your Great-Aunt Nedda is the last thing I’m going to be thinking about.”

She clasped her hands behind his neck, pulling him down toward her. He cupped her face in his hands, brushing his lips across hers slowly, then running the tip of his tongue along the seam until she opened for him.

Her pulse was pounding in her ears, her palms suddenly moist with nerves. What if this doesn’t work? What if I screw it up? What if?

“Darlin’,” Joe’s voice rumbled against her ear. “I’d love to carry you to the bedroom, but you’re going to have to point me in the right direction. I’m a stranger here myself.”

MG stifled a totally inappropriate giggle and pointed over his shoulder. “First door on the left.”

His grin flashed in the dimness of the kitchen. Then he bent down, sliding one arm behind her knees and gathering her up into his arms. She looped her arms around his neck, breathing in the scent of him, spice and citrus and a hint of something else that made her want to bite his shoulder.

Oh my god—did I put the guitar away? 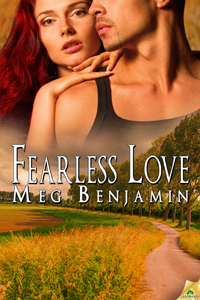