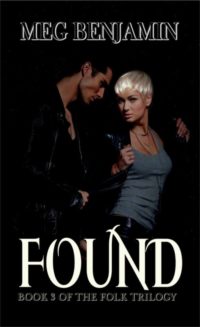 Some think she's a monster. He thinks she's the love of his life.

After she sent several men to the hospital, Dame Blanche Eva Winchester is learning to control her power. But she’s also bored to tears. Enter Prince Bertie, who offers her the chance to go undercover as a waitress in order to find out who’s attacking men in the parking lots of Folk-owned clubs. Bertie’s motives aren’t entirely innocent—he’s smitten by the lethal lady’s charms. But he and Eva discover the attacks are part of a more wide-ranging conspiracy, involving the very survival of the Folk.

As their investigations bring Bertie and Eva closer, Eva finds the downside of dating a prince, even one as yummy as Bertie. But when the prince is attacked, Eva swears to protect him. To overcome a ruthless enemy, the two must stage a last-ditch battle in the blizzard-ridden mountains. And this time they’ll need more than love and super strength to survive. 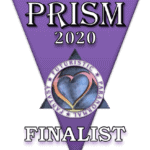 Nominated for a Prism Award by the Fantasy, Futuristic and Paranormal Chapter of the Romance Writers of America.

From her position in the shadows, Eva watched the woman step out the door of the club onto the darkened street. She still wore her waitressing uniform—jeans and club T-shirt along with running shoes. In Eva’s opinion, the running shoes might be a good thing, given the neighborhood.

Two streetlights were broken overhead. The lights in the nearby parking lot weren’t much brighter, but at least they offered some anemic illumination. The woman pulled her purse closer to her body and began walking. Well, not walking exactly. More like scurrying. She looked nervous to Eva, which was a bad idea.

It was an especially bad idea considering the two men who leaned against the wall between the door and the parking lot. They looked like outlaw bikers, or men who wanted to look like outlaw bikers. Tight jeans, leather jackets, long greasy hair. One of them had a stud through his lower lip. The other had a tattoo across the bridge of his nose. A less attractive pair Eva had seldom seen.

They watched the woman as she moved toward them, their eyes like hungry coyotes. Predators, both of them. Ready for the kill now. Eva clenched her hands into fists. Keep it together.

The woman tightened her grip on the strap of her purse. She held her keys in her other hand so she could open the car door quickly, but the men stood between her and her car. Even if she was able to open the door, she wouldn’t make it inside before they grabbed her.

She might have tried going back inside the building, but they’d probably go after her. The building was dark. Unoccupied. Not a good alternative.

Her steps slowed, and she started to veer toward the street, but that wouldn’t work either. A third man shambled across the street next to her, blocking her escape.

The woman’s body appeared to sag when she saw him, hope leaving her like air from a balloon, resignation setting in. Eva gritted her teeth. She knew what the woman was probably thinking. No way out. It’s going to happen.

Slowly she raised her head and stiffened her spine, determination in every inch. Clearly, this woman wasn’t going to let them take her easily. She wasn’t going to run. She was going to stand and fight.

Good for you, lady. Let’s do this thing.

Eva took a centering breath and stepped out of the shadows on the other side of the lot. “Everything okay here?”

The woman started. She must not have noticed anyone else on the street until now. Careless, ma’am. Be aware of your surroundings. But seeing Eva walking toward her wouldn’t be reassuring.

Eva knew she looked more like Little Red Riding Hood than the Big Bad Wolf, with her blue eyes and curls so blond they were almost white. Add in slender and small-boned, and at first glance she wasn’t someone you’d want at your back in a fight. The look on the woman’s face revealed exactly what she was thinking.

This Barbie doll isn’t going to rescue me. I’ll probably need to rescue her.

She glanced at Eva, frowning. “Run. Get away. Get help.”

“I don’t think so.” The man who’d crossed the street blocked her path as the other two fanned out to prevent Eva’s possible escape. “I think she should stick around. She looks like Davy’s type.” He nodded toward the brute with the tattoo, his grin spreading to show a few gaps where teeth were missing.

Eva felt like rolling her eyes. Why were they always such assholes? But the answer was obvious. Only an asshole would try to attack a defenseless woman. “I don’t know Davy,” she commented mildly. “I don’t think I want to.” She glanced at the waitress. “Is that your car in the lot? Would you like to leave now?”

The first two men were standing in their way, smiling the same kind of modified leer as guy number three. Getting by them might prove to be fun.

“Yeah, it’s my car.” The woman tightened her hand on her car keys. Someone had probably told her to use them to stab at a potential rapist’s eyes. Good advice, but not too useful when there were three of them.

Eva tried a quick grin meant to be reassuring. “Great. Maybe you can give me a ride back to town. Save Uber fare.” She started forward, striding confidently, as if there weren’t two large men in the way. It was always best to look confident. That had been one of Grim Morrigan’s first suggestions.

Look like you’re not intimidated. Sometimes it will be enough.

“Forget it, Blondie.” Guy number three grabbed hold of her arm, yanking her backward. Eva paused, staring up at him. Well, shit. Time to change tactics. “Take your hand off me. Now.”

Guy three grinned again. Eva was getting thoroughly sick of that grin. “What are you, the Karate Kid? Make me, sweet buns.”

Eva took a deep breath and straightened. Assess the situation then decide on strategy. Another of Morrigan’s maxims. “I’m giving you a chance here. Let go of my arm and get out of our way, and nothing will happen to you.”

One of the other men snickered. Guy three grinned, showing the gaps in his teeth again, not a good look for him actually. “And if I don’t?”

Eva put her hands on her hips. Asshole. “If you don’t, something will happen to you. Obviously.”

“Something will happen. Right. Go ahead, honey. Let’s see those martial arts moves you learned in self-defense class.” He tightened his grip.

Eva studied his hand for a moment, sighing. “Okay. I did warn you.” She turned swiftly, yanking her arm away. Then she raised her fist to the middle of his chest and pushed. He flew backward several feet, until he landed with a thud in the street, one leg bending uncomfortably beneath him. For a moment he lay staring up at Eva, shaking his head as if dazed, trying to catch his breath. “What. . .?”

The other two men gawked at him. “Bud,” one of them called. “You okay?”

Bud went on staring at her, eyes narrowed. “How?”

The second man lurched toward her, but Eva stopped him with a level look. “Don’t. Honestly, don’t. Just leave us alone and get away from here, and I won’t do anything to you.”

He stared at her for a long moment before stepping back.

Eva rested her hands on her hips, studying Bud who still slumped on the ground. “I told you something would happen to you and it did. It wasn’t serious, but it could have been. Now you need to move along. Unless you want something worse to happen next time.”

“Move along? What the hell?” Bud started to push himself to his feet, then fell back with a grunt of pain. “Bitch did something to my leg.”

The other two men swung to gape at Eva.

“You did it to yourself. You might have a sprain. Or the leg might be broken. I can’t say. Depends on how you landed. But at least you can hobble away. You need to do that now.”

Bud managed to push himself to his feet, panting hard, his teeth gritting at the pain. “Goddamn.”

“Go ahead and leave,” Eva said calmly. “All three of you can go now. I don’t want to do anything more. I won’t unless you make me.”

One of the men came to Bud’s aid, letting him lean on his shoulder. Eva tried to feel some sympathy and failed.

Bud went for a threatening look, but since he couldn’t stand on his own, it wasn’t too effective. “Next time. Next time you won’t—”

After another menacing look, the three of them headed up the street, the other two supporting the limping Bud.

Eva sighed. “Okay, good enough. Why don’t you get your car and head home? I don’t think they’ll be back here. Ever. But you might want to check the street for the next couple of nights just to make sure.”

The waitress’s mouth had been hanging open. Now she closed it with a snap and a frown. “Don’t you want me to give you a ride?”

“Not necessary. I’ve got my own car. I wanted to give you an excuse to get away.” She flashed a half grin. “I’m Eva, by the way.”

Dee nodded. “Yeah. I think I’ll look for another job, though. Just in case they decide to come back.” She took a quick breath. “Did you break his leg?”

“No idea. I gave him a push. What happened next was his problem.”

Dee raised her eyebrows. “Are you some kind of martial arts champ?”

Footsteps sounded from the other side of the street. Eva stiffened, wondering if the predators had changed their minds and come back. Next time I’ll be less gentle.

She grimaced. “Damn it. What’s he doing here?”

Prince Bertie stepped out of the darkness, heading toward them, looking like he was in the wrong part of town. He wore pressed gray slacks and a blue blazer, his dark hair brushed back from his face in a cut that probably cost a week of Dee’s salary.

He narrowed his eyes at Eva. “I’ve been searching for you.”

“I’ve been here. Helping out.”

The prince glanced from Eva to the trio of men limping out of sight. “So I see.”

“She saved my life,” Dee blurted. “Probably. They were going to hurt me.”

He shifted his gaze to her. “Really? She certainly was a help, then. Three cheers for her.”

“Knock it off, Bertie.” Eva tossed him a sour look.

“Of course, the one who’s limping might consider filing an assault complaint. Unfortunate.” Maybe Bertie was steeling himself for the worst.

Eva’s knuckles tightened into fists. “He won’t do that. He’s not the type who wants police interest. And he deserved it. He and his buddies were going to attack her.”

“I see, so your superior analysis of male character tells you the police won’t be searching for a short, blond MMA champ.” Bertie folded his arms across his chest, one dark eyebrow arching.

Dee suddenly looked uncertain. “She saved me,” she repeated in a trembling voice, then turned to Eva. “Thank you. I owe you. But I’m going home now.”

“Yeah. I’ll do that.” Dee headed for her car, controlling her pace, as if trying hard not to run. As afraid as she’d been of the three predators, she now seemed equally terrified of Eva and Bertie.