Love In the Morning 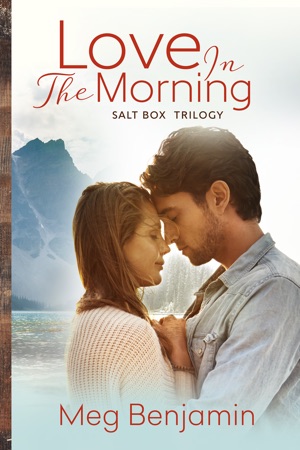 The reality show Lovely Ladies of L.A. should have launched Lizzy Apodaca’s catering company into solvency. Instead, when her carefully prepared appetizers mysteriously gave the cast on-camera food poisoning, she lost everything. To make matters worse, her car breaks down in Salt Box, Colorado, a town not much bigger than a salt shaker. But maybe her luck is changing-the handsome owner of Praeger House, the town’s premier hotel, needs a kitchen assistant. Clark Denham realizes his diamond in the rough is a polished gem when Lizzy steps up to save the hotel’s breakfast buffet after his temperamental head chef quits. It isn’t long before she’s winning his heart as smoothly and efficiently as she runs his kitchen. Their relationship goes from simmer to rolling boil with the speed of a short order cook. But when a bevy of not-so-lovely ladies shows up in Salt Box, Lizzy’s past disaster threatens to flatten her happily ever after faster than a falling soufflé.

You could defuse this situation by moving away.

She stayed where she was.

He raised his hand to her cheek, running his fingertips lightly along the line of her cheekbone, leaving a trail of sparks behind.

Now. You should really move now. But still she stayed.

She took a shuddering breath, staring up into those brown-green eyes, then licked her lips. She heard his quick inhale, as if the lip licking had been some kind of signal. Maybe it had been.

And then he was leaning forward, stepping off the stool, one arm sliding around her waist, bringing her body up against his.

She had time to feel the shape of his arousal against her belly, and then his lips touched hers and she lost track of whatever it was she’d been thinking about.

Heat blossomed inside her, feelings she hadn’t had for weeks, months if she was honest. The warmth spread through her body, her mouth opening beneath his, his tongue sliding along hers. Invitation, dangerous invitation. She had to fight the impulse to wrap her leg around his, to rub her calf against him.

Instead she looped her arms around his neck, moving closer. He angled his head again, taking the kiss deeper, his tongue rasping against hers now.

She rubbed her hand along the back of his neck into his hair, tangling her fingers in the soft wisps, her fingertips dancing across his scalp, feeling the shape of his head.

He made a sound that was almost a growl, close enough that she suddenly felt nervous. Suppose he wanted more? Suppose she did? Was she really ready for this? Back off. For God’s sake, back off!

After another moment, he raised his head again, then leaned his forehead against hers. The whisper of his breath against her cheek sent another flash of heat rushing to her core. Powerful stuff, Lizzy. Way too powerful for you.

He leaned back again, looking down at her, his expression cautious. “Should I apologize?”

She shook her head. “It wasn’t that bad.”

For a moment he went on staring at her, until his teeth flashed in a grin. And then he was laughing, shaking his head. “Well, all right then. I wouldn’t want you to be disappointed.”

“Definitely.” She blew out a quick breath. “Definitely not disappointed.”

She kept her gaze on his, waiting. Your move, boss.

After another moment, he touched his fingers to her cheek. She felt them tremble slightly. His lips moved up in a faint smile. “Good night, Lizzy. I’ll see you tomorrow. Sleep well.”

Right. Good move. “You too,” she said gently, her smile echoing his.

He gave her another grin, then turned and headed back out the door toward his office. Lizzy stayed where she was, watching the kitchen door swing closed behind him. And trying to convince herself that his leaving was really the best thing for both of them.

Love In the Morning Trailer 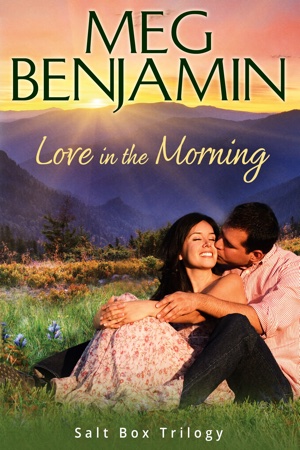