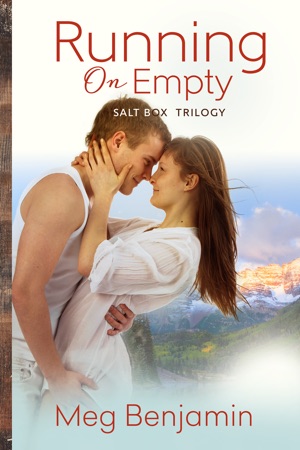 She's running as fast as she can to stay in the same place.

Ronnie Ventura has every reason to distrust Fairstein Productions: she’s had run-ins with their shows before. But Fairstein’s newest reality show offers Ronnie a chance to redeem herself from looking like a blonde bimbo. All she has to do is win a modified triathlon. Simple, right? Except this is Fairstein, and nothing is ever simple with them. Ronnie’s boss at the Blarney Stone bar and café, owner Ted Saltzman, is a lot less convinced that another Fairstein show is just what Ronnie needs, particularly when he’s head over heels about Ronnie himself. But she’s determined, and he’s a man in love. Ted becomes her running coach, which fans their budding romance to a fever. But can Ronnie’s newfound confidence stand up to the usual Fairstein plots? And can Ted find a way to keep his true love in Salt Box if Hollywood tries to steal her away again?

She turned to look at him full on, her eyes like brown velvet. His pulse kicked up a few hundred beats.

“Would you like me to go with you tomorrow? As your trainer?” He held her gaze for a long moment.

She shook her head, her lips moving up in a slight smile. “No. Thanks, but no. This is my problem, and I’m going to deal with it.”

His hand moved to the side of her face, almost without any conscious design on his part. Her skin felt like satin, soft and warm. Velvet eyes, satin skin, a smile like…Ronnie. He didn’t have any metaphors for that.

He rubbed his thumb across her upper lip, feeling it pucker slightly beneath his touch. His cock was straining, heat throbbing in his veins.

She’s vulnerable. Don’t take advantage of her, you jerk.

Ronnie stared at him wide-eyed, almost like a child. Defenseless, exposed. Leave her alone.

And then she moved forward swiftly, bringing her hands to the sides of his face, and kissed him. For a moment he was too astonished to do anything except kiss her back. His brain seemed to be cloaked in a red haze of lust. He drank in her scent, that mixture of Salt Box and the Blarney Stone, sweet willows and malty beer, that added to the aroma of pine sap and ancient wood smoke that seemed to linger around his cabin.

He pulled back slightly, staring into those great brown eyes, the color of cinnamon coffee now. Then he bent his head, running his lips in a line along her throat, to the joining of neck and shoulder. 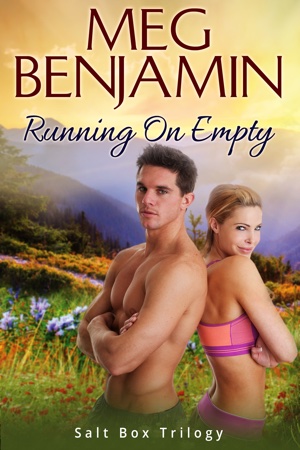